Just a little picture of a panic for the QHM of Portsmouth Dockyard on the 4th August 1960. It shows our last battleship, HMS Vanguard, being towed out of the harbour by tugs on her way north to Faslane to be broken-up, after just 17 years of service all without seeing action.

The tow has been lost and the Vanguard has slewed across to Spice Island [Old Portsmouth] ending up grounded on the corner of the Island at Customs Watch House quite close to the famous Portsmouth drinking hole called the 'Still and West'. The harbour entrance is to the left.

Note the tug on Vanguard's port side midships and the tug on her starboard side just forward of the beam, whose joint efforts of pushing and pulling this enormous ship back to the centre of the harbour, have caused the great white-water turbulence evident between Vanguard and the shore line.   Note also the tugs aft, one directly astern and the other on the port quarter both going astern to increase the swing to starboard. 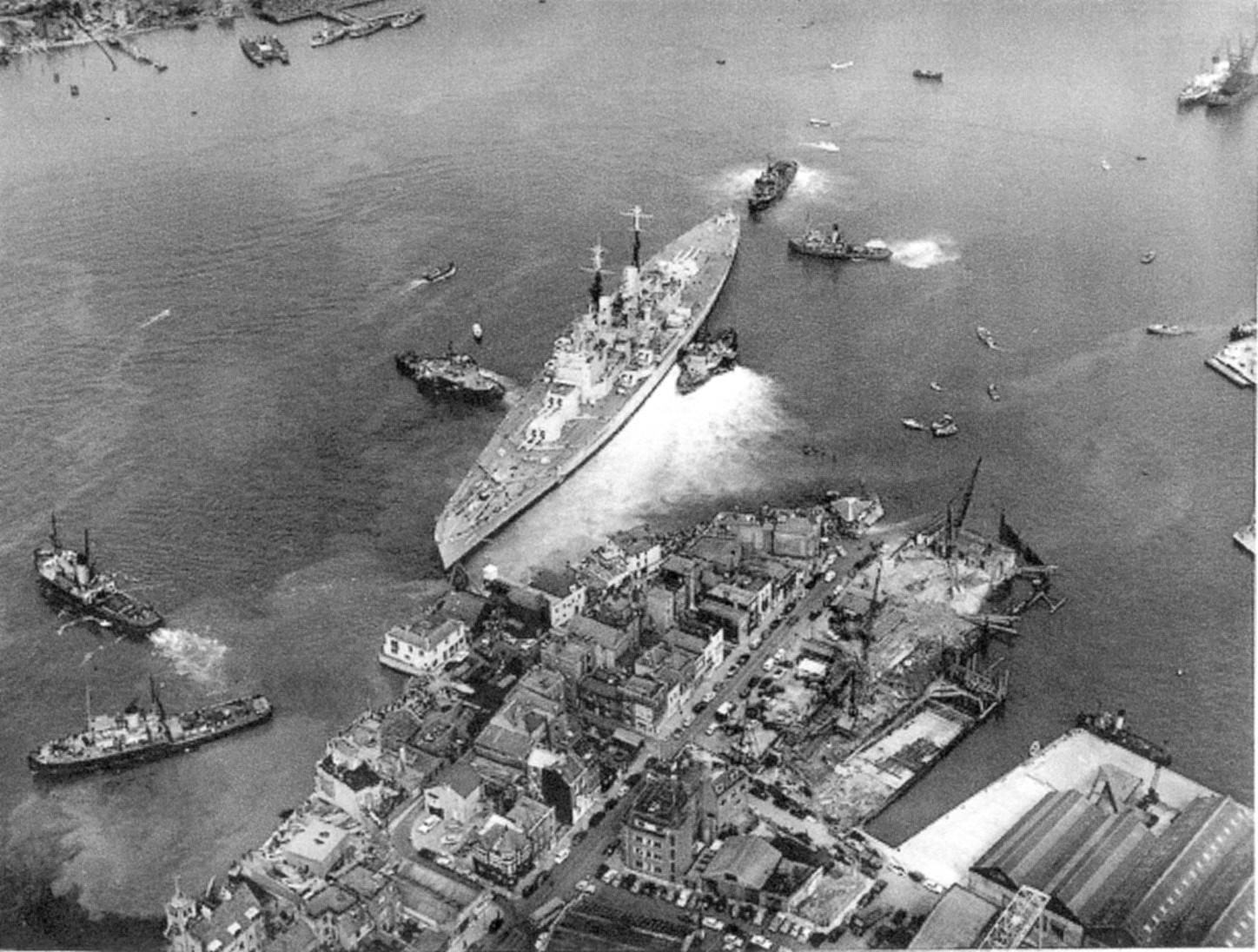 This is a shot from the Portsmouth Hard