Throughout history there has always been more than one member of a family serving in the naval forces simultaneously [sailors and marines inter alia] as well as those serving the Crown in the British mercantile fleets]. Therefore, the theme of this page is the UK {GB + NI}, an Island-based territory and thus surrounded by sea, and those men and women who have or are serving to defend it or to supply it.

Implicit in the first paragraph are two groups of personnel, the first being CLOSE FAMILY members and the second being EXTENDED FAMILY members.  In many cases, this will involve the addition of others {in-laws} when marriage and lasting relationships are taken into account. I myself, in extended family terms, share in over 132 years of service to the UK Crown in 'sea-service' OTHER SAILORS IN THE FAMILY

Those criteria used on this page reflect naval/mercantile service gender notwithstanding, which includes women's service {WRNS, QARNNS, VAD} and RESERVIST service if "called to arms", but not otherwise.

Most people are familiar with the story about the Sullivan brothers who served in the USN during WW2 and were all lost in one ship's sinking, the cruiser USS Juneau. After that dreadful event, siblings were separated to avoid a repeat.  You will also be aware of a more modern film called 'Saving Private Ryan' which had the same theme/message but this time US Army. This is a picture of the Sullivan boy's 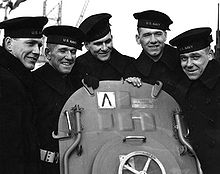 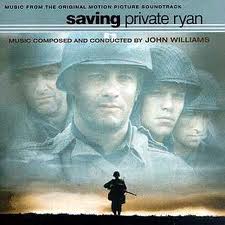 Now back to the R.N., many years before WW2 and at a time when families were much larger having more children, the navy had one or two examples of up to ten boys all serving simultaneously in the navy; regrettably, I have a record but don't have any pictures of groups of that size.  However, I do have pictures of smaller groups as follows. 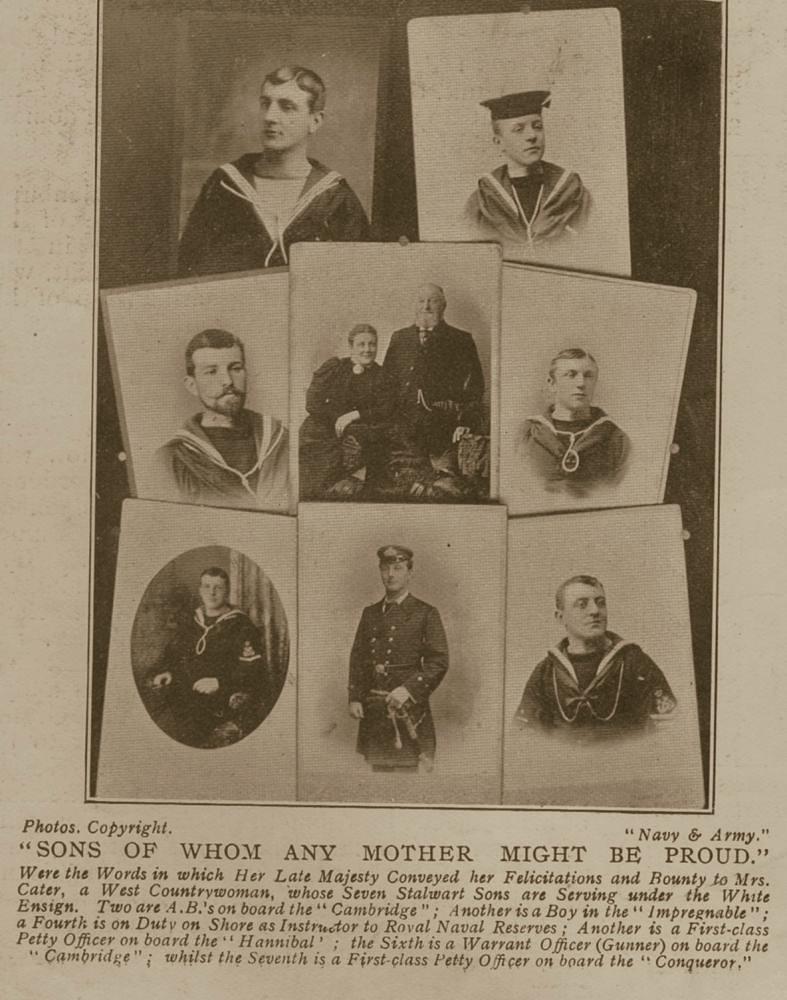 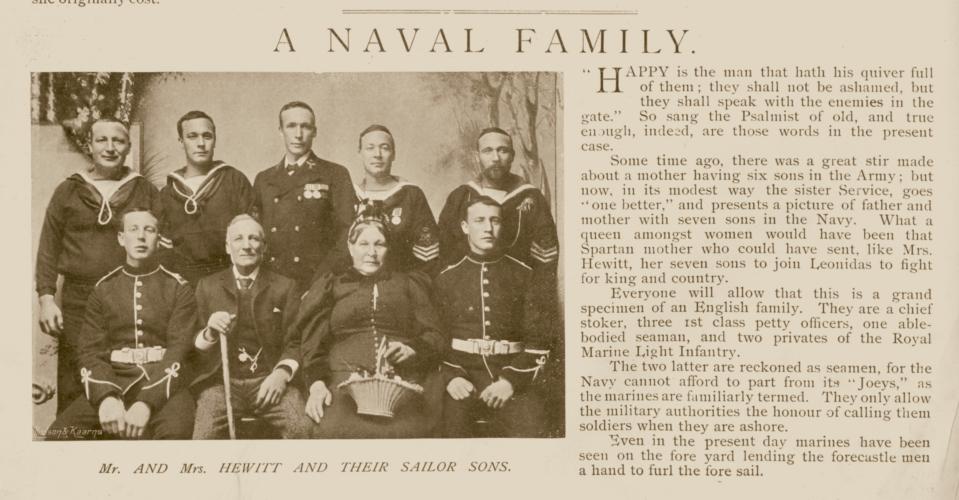 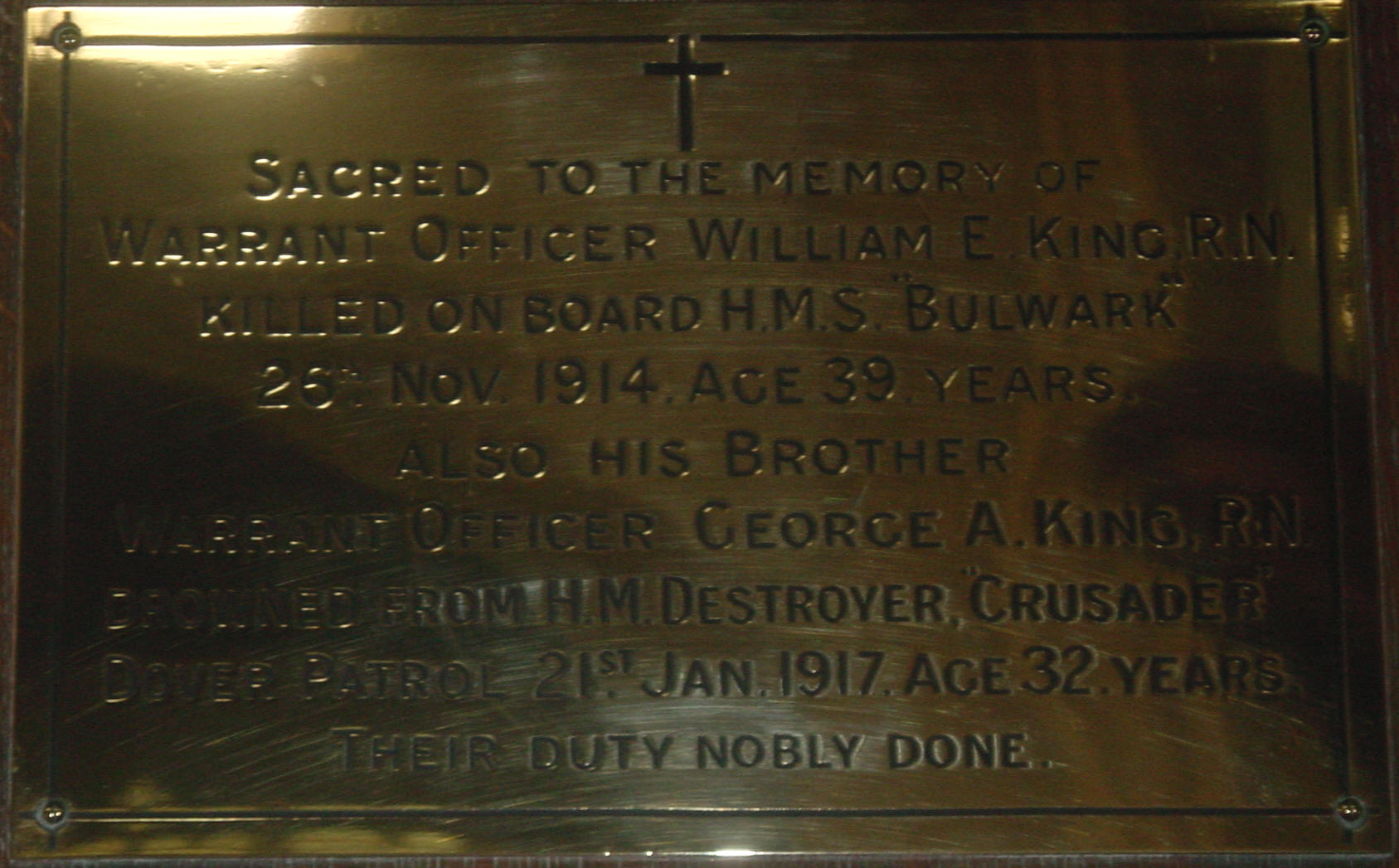 I apologise for the quality of the picture above which is part due to the shinny brass plate and part due to the camera flash which had to be used in such a dark church.  Try craning your neck and reading it from the left or the right instead of from centre front of your screen. I took the picture in a Norfolk church.

My animation at the beginning of the page, asks the question as to whether a particular member of the family stood out above other members and the answer is yes, of course, in  many cases.  However, we have to take the timing of their Service into account and whether at war or at peace. Also, we must consider the ranks structure and remember that the rank of Admiral of the Fleet was withdrawn from the Royal Navy [being a small navy !} only to be reinstated when the navy expands dramatically in personnel and materiel which of course pre-supposes global war. Thus today, we have a ceiling at a 4-star Admiral level whereas in Mountbatten's day for example, we had 5-star Admiral's of the Fleet.  We still have some 5-star officers serving simply because once promoted, one remains on the active list until death: an Admiral on the other hand actually retires when he leaves the navy. This ceiling of a 4-star officers, resulted in rank reductions for historic appointments, and just as an example, on the 19th January 2000 the rank of Second Sea Lord and CINCNAVHOME became a Vice Admiral; the first being Vice Admiral Peter Spencer, an Engineering Officer and the first to hold high office, and the last being. Admiral Sir John Brigstocke.

In modern times and considering senior officers Navy-wise [as opposed to Branch-wise], the most famous group are the Mountbatten's, father and son. HSH [His Serene Highness] Prince Louis of Battenberg became The Rt Hon Sir Louis Mountbatten by royal licence of George V on the 14th July 1917 with 16 months of WW1 still to go. The Prince had been the 1st Sea Lord from 1912 but because of his German name and Austrian birth, he was most cruelly criticised by the general public and had to stand down as war began in 1914. He died in 1921 {aged 67} the same year in which he was promoted to Admiral of the Fleet, a late but fitting reward for a loyal and faithful British naval officer much maligned by bigots. Both were Admiral's of the Fleet and both were 1st Sea Lord's in their time. Lord Louis Mountbatten was a Communicator and Prince Louis was a Gunnery Officer going on "salt-horse". Next must come my favourite pair, the Ashmore brothers. Sir Edward Ashmore {the elder and also a Communicator} became an Admiral of the Fleet whilst his younger brother Sir Peter, became a Vice Admiral. Their father was an admiral famous as a WW1 submarine pioneer, and their mother a Russian lady. Sir Edward became 1st Sea Lord and before that was the first C-in-C Fleet when the Far East and Western Fleets combined.  Sir Peter turned down promotion to full admiral because he wanted most of all to become the Master of Royal Household, responsible for all the palaces and anything 'royal' Sir Peter died aged 81 in 2002 leaving a widow {also the daughter of an admiral} and four children, and Sir Edward, now 92 {April 2011}, carries on the resplendent naval name of Ashmore. Lord Hill-Norton [formerly Sir Peter] and a Gunnery Officer became an Admiral of the Fleet and his son, The Honourable Nicholas Hill-Norton {a Communicator} became a Vice Admiral. The oft times quoted famous pair of the Cunningham's [both of whom reached the 1st Sea Lord appointment and became Admiral's of the Fleet] were unrelated but contemporaries. The most famous of the two for his WW2 Commands was Sir Andrew [known throughout as ABC because of his initials - Andrew Browne Cunningham] and the other one was called Sir John. The Power's, father and son, were famous and as illustrious as any of the families mentioned. The father, Admiral of the Fleet Sir Arthur John Power GCB GBE CVO died in 1960 and his son, Vice Admiral Sir Arthur Mackenzie Power KBE MBE died in 1984. The son, whilst the Captain of the Gunnery School HMS Excellent at Whale Island Portsmouth, was in command of the gun carriage at the State Funeral of Sir Winston Churchill in January 1965.

I now move to Branch-wise [to less senior officers and ratings] and specifically to the Communications Branch - Note. If you have any comparable data for other Branch-wise or indeed Navy-wise, then please let me know and I will include it in this page.

In HMS Ganges in 1941, three members of a family served together.  They were Jim TREWELL [Commissioned Boatswain and the Barrack Master], his brother Noel a CPO {Sailmaker} Instructor and Noel's daughter Mandy a WREN Writer Captains Office.

Notwithstanding what I said above about my favourite pair being the Ashmore's, the pair I most admire, and the story which I most want to tell is that of the GALLAGHER brothers.

In my researches {* see below}, I came upon the brothers John and Brian GALLAGHER who joined the navy as boy's at HMS Ganges in the  1940's. John was trained as a Boy Telegraphist and Brian as a Boy Seaman: Brian went on to train as a RP rating. They both left the navy as Commanders, one a CDR[C] and the other a CDR[N]. Their entries in the Navy List were brief and sketchy and of course mentioned their commissioned time in the navy and not their ratings time. I therefore decided to write to the new DISCLOSURES Department the navy have introduced which is all part of the UK's Freedom of Information Act, asking them if they would warn-off these now retired officers that I was on a research-trail, trawling for information about their Service from boy until retirement. In their [the Disclosure Department] letter to these officers I asked for the officers to communicate with me directly in order that we might set up a dialogue leading to a webpage cameo. Regrettably, many weeks have gone by and with no answer, I have to assume that they [the brothers] are not interested or that they are no longer with us. The tables below are taken from the Navy List.

* From Ganges class lists and associated recruiting documents I noted that the home town of two boys both called Gallagher was the same, which set the thought-buds into action believing them to be at least related.