You all know what a JPEG is, a fixed picture and an MPEG is a moving picture, a movie. This movie is a massive 65 Megs long and the problem with publishing an MPEG is that it will not start to play a visual image until is has fully download from the server which would take ages depending upon the speed of your broadband. So, we convert that MPEG into a Shock Wave Flash file [SWF] and the beauty of it, just as in YOU TUBE, is that it starts playing as soon as you open the page. It downloads its 65 Megs continuously all the time playing what has been downloaded on your screen. If the broadband link is slow, or, you watch the movie at peak times when everybody is on the internet, that continuous trickle SWF download will get slower and slower, again as it does on YOU TUBE, and your picture will occasionally stop and then restart resulting in a jerky performance. Normally the stops are brief and usually happen well into the movie towards the end.  Don't despair.  Try and watch it outside peak times or bear with the brief stops.

Just a little movie of medium size and quality with a top and bottom mourning band added, for poor old Alliance is in a dreadful state of disrepair on the outside of the pressure hull. John starts his commentary by say "poor old girl aren't you ?"

John served in Auriga, Alliance' sister boat during her Canadian commission 1962-1964 based on Halifax Nova Scotia. Both boats are identical and walking through this boat could be any one of umpteen other boats of this class.

He told me of this movie [and opportunity] and I reckoned that it was worth a page on a website. Incidentally, I was also in Auriga with John.

The end of the movie shows a motor room telegraph and you hear John saying "Well, Alliance, Auriga and all.....

"For all its faults, enjoy, and please, no undue criticism.  Many thanks.

Finally, a picture of an 'A' Boat belonging to SM7 [based on Singapore], this one 'Andrew'. Note her graceful lines as she glides through a very calm sea. Because the officers on the fin and two members of crew on the casing are in whites [No 10 rig] - normally they would be in working rig [No 10A's] or even in "pirates rig" when at sea,  and that the forward Jack Staff and the stern Ensign Staff are raised with the requisite flags/ensigns flying from them, though the Jack forward appears to be furled, suggests that the boat is returning to harbour, to her Depot/Mother ship, where the the Ensign has been transferred from the bridge [top of the fin/conning tower] aft, the normal naval surface vessel position/a submarine not prepared for diving [shut off form diving], where, upon the first line over [heaving line transferring a manila rope or wire to the Depot Ship] to secure the boat alongside, the Jack is raised, or in this case, unfurled. Or, could it be that she has just sailed from Singapore [just two casing party when normally there would be several more ratings up top] and the final upper deck [casing] jobs are being addressed before she reverts to 'Passage Routine' when naval routines and dress go to the wall, and in comes 'pirate rig' and a navigation route direct to a rendezvous or a declared diving area, whereupon, the boat opens up for diving and 'passage routine' ceases. At that point, the boat will do a first dive at 'diving stations' with subsequent dives [from time spent on the surface] either from 'diving stations' or from 'watch diving'. On the final surface, the order is given for 'shut off for diving - start the blower'' and passage routine is resumed for land-fall or for a new operations area.  In the same vein, once the boat is fully worked-up and at its zenith operational wise, its function of finding and attacking an enemy surface vessel is done at the order 'attack team close up' or on the watch, using the expertise of those in the control room/sound room, coupled with those on watch in the fore ends, and exceptionally in the after ends both of which had torpedo tubes and torpedoes [loaded and reloads], without the need to raise everybody from their sleeping bunks to their action station. So, whether she is outward bound or inward bound, she is aware of her 'formal naval environment' when notwithstanding whether ship, submarine, and fleet air arm squadron, there is a rigid and proper way of conducting oneself in a warship and superiors are watching! 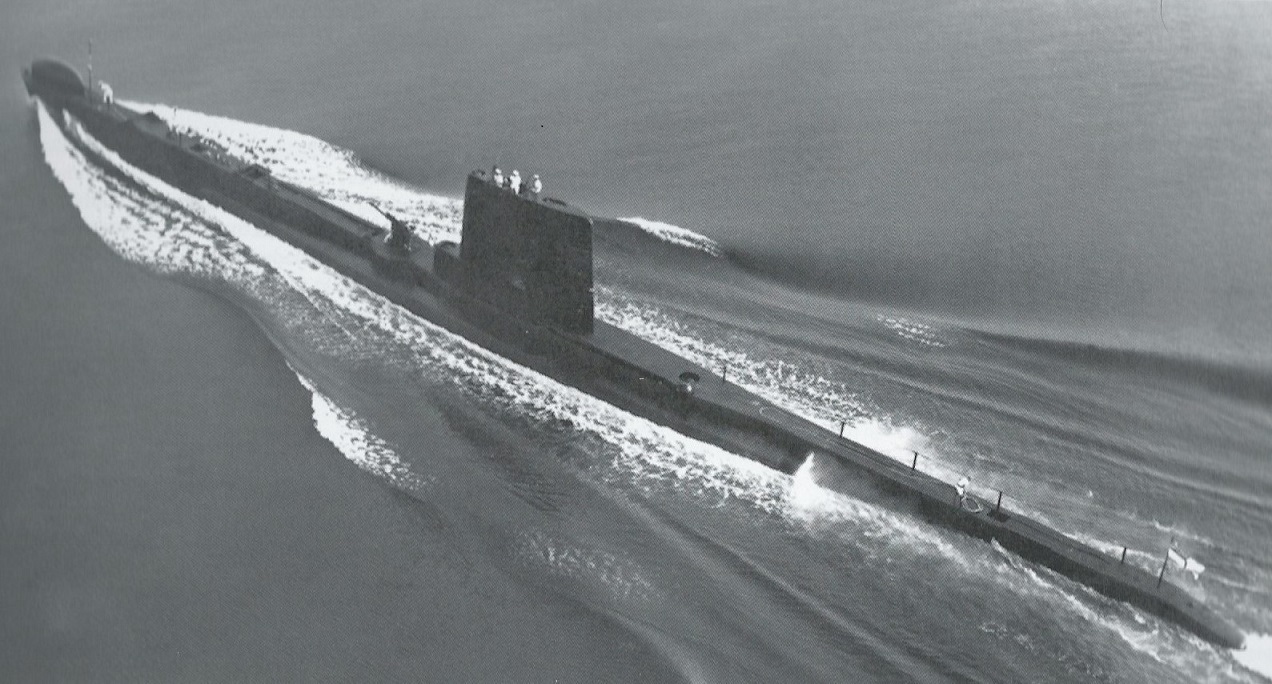