Still impressive even with an amateur crew

Now, we all think of HMS Belfast as our last WW2 cruiser, a cruiser which was operational during the Korean War and more recently, an Imperial War Museum exhibit, sitting in the Pool of London, open to visitors.

Apart for all that, she has some very graceful lines and unlike our ships of today, she looks like a proper warship.

However, she was involved with another story, one as interesting as many of her other stories.

Those of you who have bothered to look at the Atomic Bomb Testing page will have already met Hugh Colenso Martell R.N., but for those of you who haven't, a brief overview. Between the end of WW2 [1945] when he was promoted to Commander, and 1959 when he was appointed to a Whitehall Department, he had had a couple of staff jobs, commanded two ships [the Sluys and the Bigbury Bay as Captain 'F', was the Commander [G] of RNB Devonport HMS Drake, Captain of HMS Excellent which as a Gunner pleased him no end, and of course, as a Commodore, had commanded TF 308 at the Monte Bello Ranges with his broad pennant in Narvik. By this time also he had had two marriages [first one dissolved] and had sired fourteen children, seven girls and seven boys. Now, he was too senior for sea command as a Captain RN, and although a meritorious career to date, was entering the Admiralty for an unsure future. Fittingly, he was very soon promoted to Rear Admiral and to his amazement he was appointed ACR [Admiral Commanding Reserves] a position hitherto held by a Vice Admiral.

The Rear Admiral took the reigns when all was not well with the Reservists. The amalgamation of the RNVR with the RNR had left bad feeling made worst when the amalgamation was re-branded as the [new] RNR. This RNR needed some firm and positive leadership and that's exactly what Rear Admiral Martell intend. But first, he had to find a way of bringing some pride of purpose to bear and he came up with the idea of getting rid of the part-time navy image by encouraging much closer ties with the RN and getting them to work together as often as possible.  To get the navy working closely with reservists needed a ship or a vessel, and whilst the RNR had eleven coastal minesweepers, they were not big enough to get that important living and working side by side feeling which he saw as an answer to the problem.

Rear Admiral Martell had an idea.  He needed a big ship, possibly a cruiser the navy no longer wanted or needed, and low and behold, there, parked on the corner, was dear old HMS Belfast, without a job.

Rear Admiral Martell immediately hoisted his Flag in her and set about getting a crew, a mixed crew, comprising of RN personnel, as many of the RNR Sweepers crews as possible, other RNR personnel not associated with the little ships, sea cadets and to fill in any missing places, some Wrens also. As soon as all was ready, he cast off and sailed to Gibraltar with a motley crew to start with, but after a two week work-up the ship is recorded as having impressed NATO authorities running the exercise and she joined as HMS Belfast. In fact the results of the trial-run were so favourably received throughout the navy and the RNR, that for many years after and well into the 1960's the combined RN/RNR exercise lasted as a four week cruise instead of the original two week cruise. He gave the RNR the pride they deserved, a pride they still have in large measure and he was a hugely popular officer.

Rear Admiral Martell was promoted to Vice Admiral [July 1965] and he went off to the Mediterranean as Chief of the NATO Allied Staff until 1968 when he retired and was subsequently Knighted with a KBE. He also held the Order CB [Companion of the Order of the Bath].

With a family of fourteen children, Hugh Martell died on the worst possible day, namely on Christmas Day 1998.  He was 86 and had served in the navy for 42 years.

I bet that the old lady {Belfast} would like a few more of the jollies?

Post Script {PS}. I note that in the Navy List there is an officer called Colin Colenso Martell DSC RN who was promoted to Captain RN in December 1949, and therefore senior to Hugh. I wonder if it is Hugh's brother?

Penultimate Post Script {PPS}.  When I left the navy in June 1983, I went to work for a former Flag Officer Submarines [FOSM] Vice Admiral Sir Ian McGeoch KCB DSO DSC a well known WW2 submariner, who headed up a company called MIDAR. I was appointed as the Commercial Director. As part of the suite of Company premises, Admiral McGeoch, a friend and patron of the Imperial War Museum [IWM] at Lambeth of which HMS Belfast is a part of the Museum, managed to get the IWM to allow him a senior officers cabin in the admirals flat down aft, to use as a hospitality London office, which would allow him to wine and dine his guests in the admiral cabin which had become a refined and up-market City restaurant. There is a saying that one of the best places to do business is on the golf course, and that may be true.  However, Sir Ian managed to turn that around to read a famous WW2 cruiser, and onboard her we met and dined many splendid and well shod people!

Just as a throw-away picture of HMS Belfast, here she is passing through Keppel Harbour in Singapore, a sea area/harbour rarely used by warships so a near unique occasion.  Admiral Keppel made this a famous harbour and visited it and Singapore many time in his life time. His last visit was in 1900 when he was aged 92 years of age. He died in 1904 aged 96. 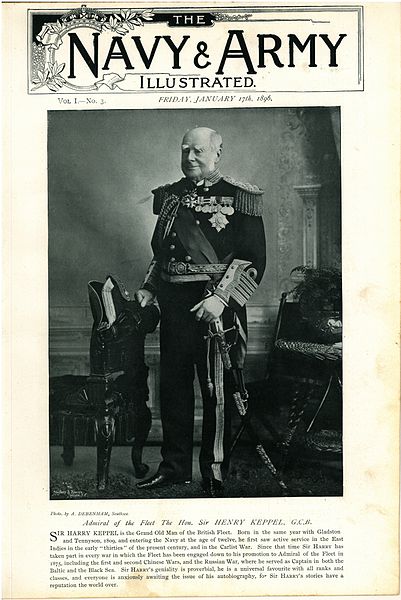 Use your zooming tool if necessary to increase the size of the text. 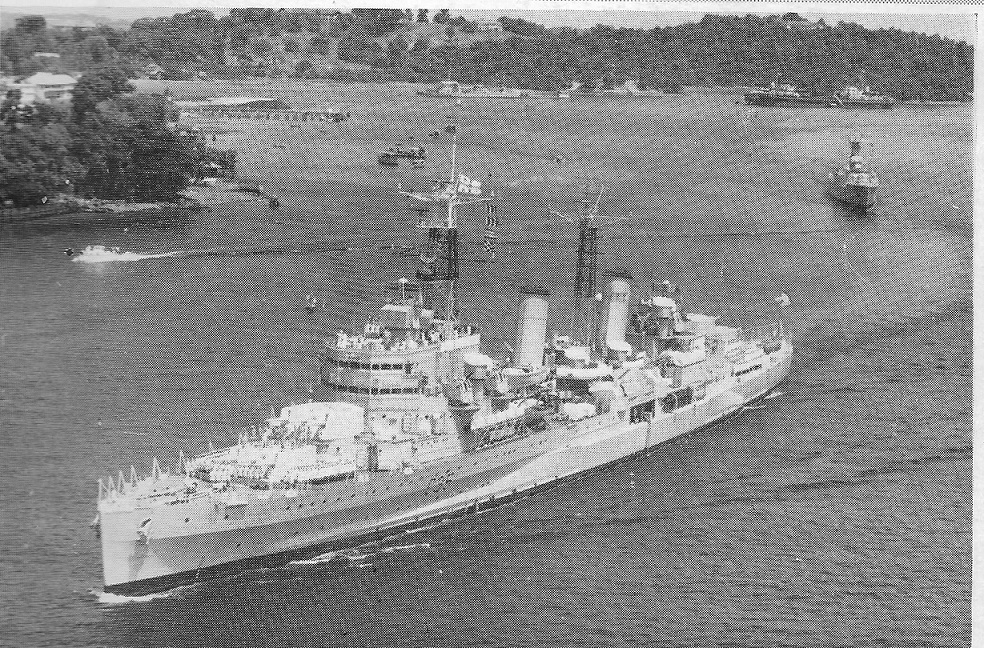 HMS Belfast transiting through Keppel Harbour Singapore, which is in the south of the island as opposed to the naval base being in the north of the island.