I was there for a short period later on at Episkopi.

Before opening the story line file which tells of the start of HMS Aphrodite it is interesting to know what happened to that name during and after the worst excesses of terrorism from Eoka in the period of 1956 to 1959.

The name HMS Aphrodite applied to the Island as a whole, wherever there was a naval presence ashore.  It covered three specific areas, central - Nicosia, south - Episkopi and east - Famagusta. At the height of the troubles, Episkopi had a Local Command Net [LCN] on 3222.5 kHz looking after two destroyers and five CMS's patrolling the island, plus a Fixed Service [16] to Malta and teleprinter circuits with Famagusta and Nicosia as well as to the Army and the RAF on the Island. 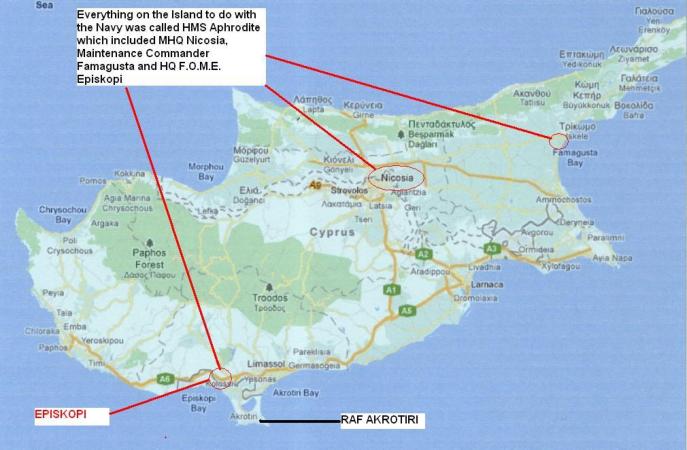